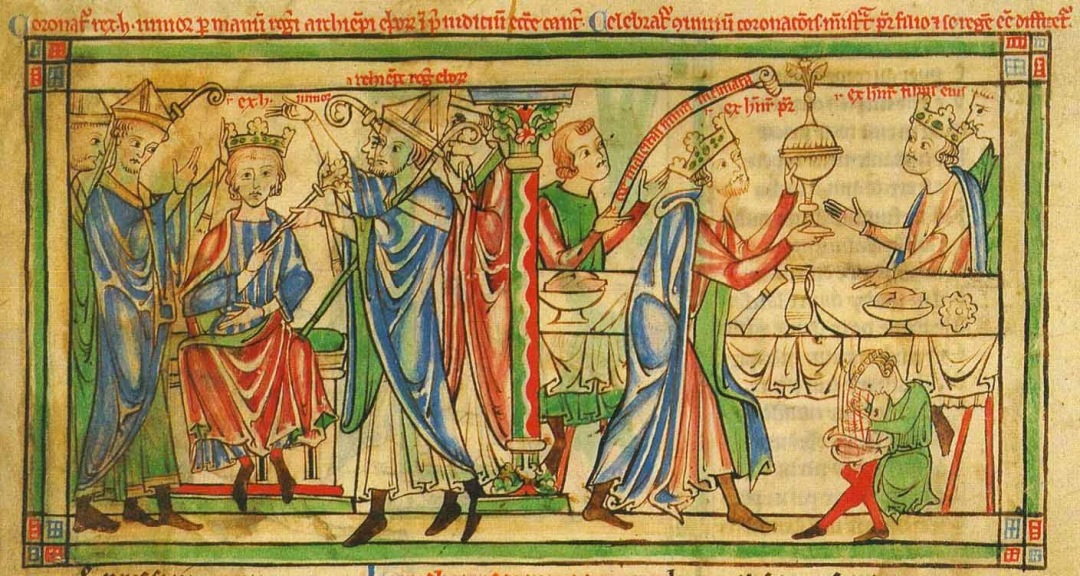 This is the year which holds the writer

This text was originally posted in the entry ‘I, who will already be dust by your time, have made mention of you in this book’ by A Clerk of Oxford. I think its appropriate to post this on All Saints Day.

This, then, is the year from which the writer of the History wished his age to be reckoned by posterity… this computation will show what point in Time we have reached. Already one millennium has passed since the Lord’s incarnation. We are leading our lives, or – to put it more accurately – we are holding back death, in what is the 135th year of the second millennium.

Let us, however, think about what has become of those who lived in the first millennium around this time, around the 135th year. In those days, of course, Antoninus ruled Rome with his brother Lucius Aurelius, and Pius the Roman was pope. Lucius, who was of British birth, ruled this island, and not long after this time, while those emperors were still in power, he was the first of the British to become a Christian, and through him the whole of Britain was converted to faith in Christ. For this he is worthy of eternal record.

But who were the other people who lived throughout the countries of the world at that time? Let our present kings and dukes, tyrants and princes, church leaders and earls, commanders and governors, magistrates and sheriffs, warlike and strong men – let them tell me: who were in command and held office at that time? And you, admirable Bishop Alexander, to whom I have dedicated our history, tell me what you know of the bishops of that time.

I ask myself: tell me, Henry, author of this History, tell me, who were the archdeacons of that time? What does it matter whether they were individually noble or ignoble, renowned or unknown, praiseworthy or disreputable, exalted or cast down, wise or foolish? If any of them undertook some labour for the sake of praise and glory, when now no record of him survives any more than of his horse or his ass, why then did the wretch torment his spirit in vain? What benefit was it to them, who came to this?

Now I speak to you who will be living in the third millennium, around the 135th year. Consider us, who at this moment seem to be renowned, because, miserable creatures, we think highly of ourselves. Reflect, I say, on what has become of us. Tell me, I pray, what gain has it been to us to have been great or famous? We had no fame at all, except in God. For if we are famed now in Him, we shall still be famed in your time, as lords of heaven and earth, worthy of praise with our Lord God, by the thousands of thousands who are in the heavens. I, who will already be dust by your time, have made mention of you in this book, so long before you are to be born, so that if – as my soul strongly desires – it shall come about that this book comes into your hands, I beg you, in the incomprehensible mercy of God, to pray for me, poor wretch. In the same way, may those who will walk with God in the fourth and fifth millennia pray and petition for you, if indeed mortal man survives so long.